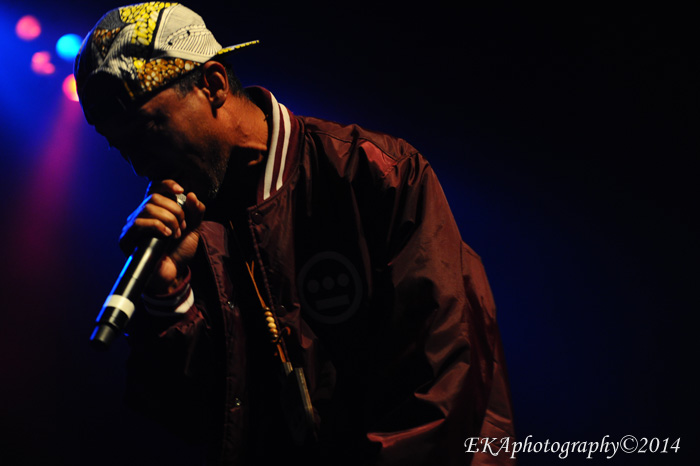 Phesto Dee of Souls of Mischief

That’s quite a list, and one that shows a wide range of expression: from gangsta-minded to consciousness-raising; from jazz-inflected to funk-infused; from rock-tinged to kung fu-influenced. It’s no wonder that this period is referred to as a Golden Age, a time when rap’s creative expression, lyrical inventiveness, and musical innovation were all at a peak, setting a high-water mark for the genre which has yet to be surpassed. 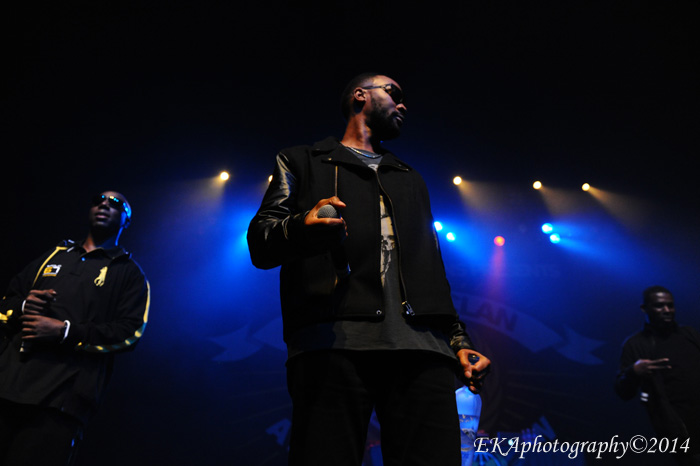 More than 20 years later, the impact of that seminal annum is still being felt.  Even though there’s (somewhat puzzlingly) still no classic hip-hop radio format, Golden Age-era rap is still cherished by fans now in their late 30s and early 40s, who now occupy the position once held by the Baby Boomer generation. But even more interestingly, a new generation of listeners has discovered and embraced this music, which in and of itself is a testament to its continued relevance and staying power.

A case in point: Saturday night’s concert at the Warfield by two groups whose debut albums dropped in ’93, the Wu Tang Clan and (Oakland’s own) Souls of Mischief. Though there were some folks in attendance who might have first seen those acts two decades ago, the majority of the crowd at the sold-out show were teenagers and twentysomethings, who have gravitated toward Golden Age boom-bap which in some cases is older than they are. That’s pretty amazing, when you consider that back in ’93, it wasn’t clear whether hip-hop was destined to be a passing fad, and the notion of a classic rap album wasn’t something the pop culturati were willing to entertain. 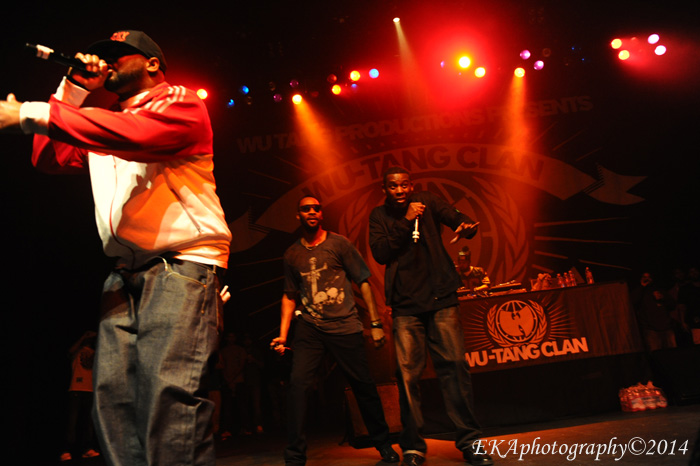 Raw i’ma give it to ya, with no trivia

Though both the Wu and Souls have a fairly deep catalog at this point—Souls have just released a new album, There Is Only Now, and Wu-Tang’s fifth group album, A Better Tomorrow, should drop before the end of the year—both drew heavily from their first releases, like a mythical touchstone generating hip-hop manna.

Though they hail from different coasts, audiences love the Souls and the Wu for the same reason: their music is dope and their live shows are hype. 20 years of rocking microphones hasn’t been for naught; and many of today’s performers, especially the Internet sensations who didn’t cut their teeth in front of audiences, could stand to learn a thing or two about crowd motivation from studying their performances. Both groups have the live dynamic down pat, expertly and seemingly effortlessly trading between verses like relay runners passing the baton, and infusing their rhymes with energetic gesticulations. Even if you’ve seen one or both groups several times before, as Oakulture has, there’s something magical about being in a large concert hall and seeing almost every single person recite their song lyrics word-for-word, as if they’ve memorized them long ago. 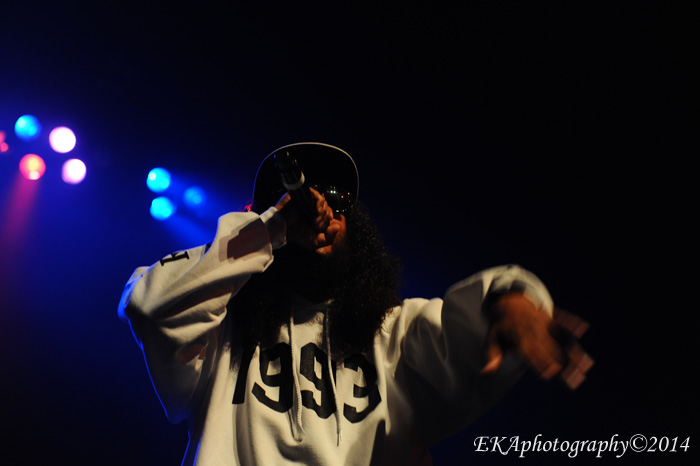 Opio shows how he chills from 93 til’

There are, of course, key difference between the two groups. The Souls are much more of a tight-knit, cohesive unit, whose witty wordplay is more ‘hood nerd’ than ‘ghetto soldier.’ The Hiero crew foursome’s comraderie is evident, onstage and off. Even though each of them have released solo albums, they’re at their best when they rock mics together.

The Wu, on the other hand, are a larger group and contain much more volatile elements. They have more distinct personalities and rhyme styles, and they’ve have had some well-publicized internal conflict which has reputedly led to some polarized relationships. Yet there’s no denying their status as super emcees who will go down as among the best to ever have done it.

Souls were an excellent choice for an opening act for Wu-Tang, and not only because both are from the same era. Their styles complement each other like ying and yang, with the Souls’ mischievous yet technical approach to rhyming balancing out some of the Clan’s rougher, grimier edges. Fittingly, both closed their sets with their most anthemic crowd favorites – Souls’ “93 Til’ Infinity” and the Wu’s “C.R.E.A.M.” – songs which have become foundations in the classic hip-hop canon. It doesn’t get much better than that for diehard hip-hop aficionados, who were in beats and rhymes heaven Saturday night.