On the down low: Berkeley Underground

For East Bay music fans, the reopening of a favorite destination as a new club is a good thing. Especially because it could signal a resurgence for Berkeley nightlife, of which quite frankly there hasn’t been much of in the past few years, especially since the Birdland Jazzista Social Club relocated to Oakland.

Berkeley Underground, the latest iteration of a location which has housed, at various times, such nightclubs as Mr. E’s, the Pasand Lounge, and the Shattuck DownLow Lounge, opened earlier this month to some fanfare. The spot had been vacant since October 2012, when the DownLow shuttered its doors after 11 years, when its landlord rescinded the month to month lease it had been on, reportedly at the behest of a new upstairs tenant, a pizzeria.

The club’s closure greatly impacted the area’s nightlife scene.  In addition to being a go-to spot for Cal Berkeley students, it was home to an established Wednesday salsa night. And it was one of the few venues which regularly featured live hip-hop of the non-mainstream variety, as well as frequently hosting live reggae shows and DJ nights (Sunday night’s popular King of Kings dancehall night has since moved to Oakland’s New Parish). 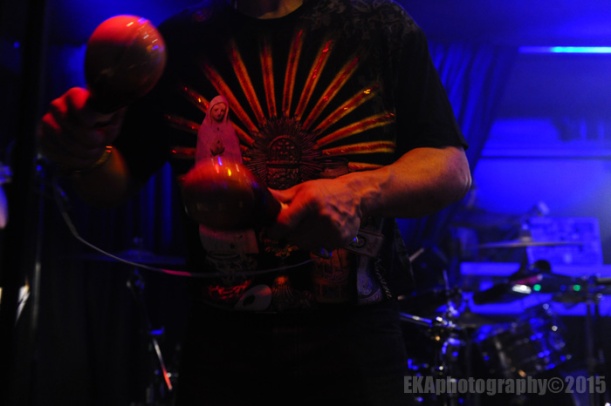 Shaking up the salsa scene

Two recent visits to the newly-remodeled venue brought back years of memories of the old DownLow, a funky joint with a low stage, an even lower ceiling, and a sound system which never quite sounded great, but frequently sounded quite loud.

From the outside, little had changed, except maybe the new face-recognition ID scanner at the front entrance. Inside, there was a world of difference. Gone were the colorful couches and art-deco murals painted by local artist Erin Crawford. The newly remodeled room underwent an extreme makeover, getting nipped, tucked, boosted—the stage now rises a bit, and there’s a  prominent lip which makes for separation between live performers and audience, but still offers the close-up intimacy of artist-fan proximity which made many a DownLow night seem special—and dressed up in expensive trappings. A simpler black/white color scheme pervades, and the VIP Lounge areas are more clearly demarcated with three-step rises and attendant stanchions. The fine art which now hangs on the wall is less retro-70s love child, more starkly post-modern. The club clearly has been supercharged, from the brand new sound system, to the running array of disco lights which now crown the dancefloor.

And what a dancefloor it is. Always the DownLow’s best feature, it’s now certifiably sleeker and sexier, and still topped off by a classic mirror ball which might evoke a “Miami Vice”/”Scarface” vibe, especially with the new VIP sections and emphasis on linear design. The decor is definitely more corporate, more slick, and more Ultra Lounge-y. The overall look is classier and trends upscale, but DownLow veterans might miss the down-home funkiness of the old club, warts and all.

The Wednesday night “Sonido Baylando” party was a perfect test for the new space. A full-on salsa throwdown in full swing will challenge any dancefloor, and it passed with pretty much flying colors. The new lighting scheme seemed to follow the dancers, illuminating every twirl, twist, and dip in a wash of luminescent hues. From the looks of things, many of the Wednesday night salsa faithful had returned; combined with Baylando’s local following, the resultant crowd filled up pretty much the entire space without being uncomfortable or lacking room to gyrate freely.

“Sonido Baylando” also proved an apt test for the Underground as a live performance space. Jesus Diaz Y Su QBA are easily among the Bay Area’s top Afro-Cuban groups, with a vibrant, super-rhythmic sound which resonates with gritty authenticity and fervent passion. Su QBA, which this night featured percussionist Javier Navarette and vocalist Orlando Torriente, are like mob hitters when it comes to nailing the tricky syncopated grooves. And Diaz, who may be the best Afro-Cuban vocalist currently in the local Latin scene, brought the room’s vibe up to fever pitch and kept it there for the duration of the set we watched.

As a transcendant song of praise to the West African orisha Yemaya by Diaz y su QBA filled the room with ashe, the bass seemed punchier, the highs crisper, and the overall system clearer and less muddied than in the DownLow days. The salsa vibe, which puts a heavy emphasis on dancing, works well in that room, as does the “Sonido Baylando” format, in which a rotation of live Latin acts are featured each week, along with resident DJs El Kool Kyle and Santero. After just its second week, the night looks like a cracking party which could be settling in for a long run.

Another potential winner is the Monday night hip-hop open mic. Hosted by local rapper Sellassie, who has been putting on similar competitions all over the country for the past few years, it offers backpack rappers and battle nerds a place to spit their hot 16s and hone their alliterative skills. It’s also offered a showcase for up-and-coming and veteran emcees to have a live performance venue. Past performers include legendary West Coast emcee Aceyalone (Freestyle Fellowship); upcoming features include Oakland’s own RyanNicole (a multi-talented artist whose also starring in an upcoming adaption of “Antigone,” called “Xtigone,” for the stage).

The night Oakulture was there briefly turned into backpack rap heaven, with an inspired, if slightly intoxicated, headlining set by A-Plus (Hieroglyphics, Souls of Mischief) and Knobody, producer for Big Pun, Jay-Z, and Akon, and a devastating emcee in his own right. A veteran of numerous international and national tours, A-Plus has come a long way since the Telegraph Ave. freestyle ciphers of the early 90s. And yet, there he was, playing live perhaps less than a half-mile from the corner of Durant and Telegraph, where it all started for him. At the entire other end of the spectrum were the rhyme battle contestants, some of whom may have been performing live for the first time.

Though the overall demographic skewed much younger than the salsa crowd—the audience was 18+—it’s a true sign of how far the hip-hop generation has come that at least one of the contestants was accompanied by their parental unit. Can a “Hot Hip Hop Moms” night be far behind? 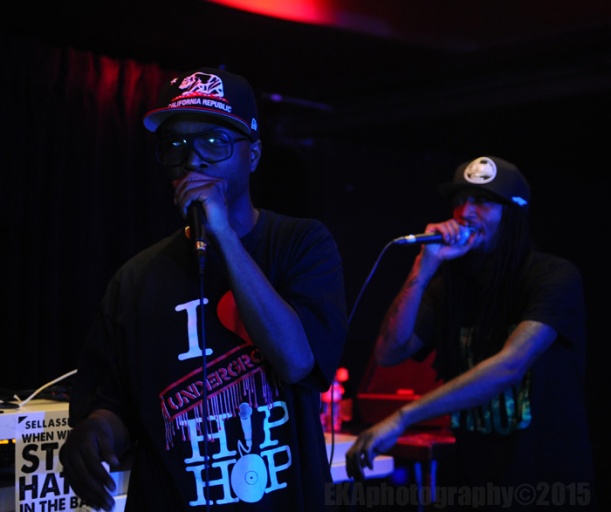 Since opening, Berkeley Underground has hired popular DJ and webmaster Renoir “Ren the Vinyl Archaeologist” Salgado as its booker, and instituted a weekly schedule which includes the hip-hop Mondays and salsa/Latin Wednesdays, as well as a funk-flavored Tuesday, and college and EDM-themed nights on Thursday and Sunday. Featured weekend entertainment thusfar has concentrated on DJ nights encompassing some of the East Bay’s upper echelon, veteran party-rockers (including J-Boogie, D-Sharp, Malachi, Cecil, Dedan, KOK selecta Smoky and Green B, encompassing a range from hip-hop to downtempo to deep house to reggae); the inaugural January calendar ends with the one-two punch of world beatniks Afrolicious Soundsystem  and Pinoy turntablist icons Triple Threat DJs. Future plans include more live acts and special events, Ren says.  After such an auspicious start for the reopened venue, it appears that with the Underground’s emergence, Berkeley nightlife is back on the map.