The view from Era’s balcony

Imagine a music festival which takes place right in the heart of Oakland’s Uptown area which activates multiple venues, incorporates local businesses, and features a diverse array of both local and national talent. Sounds good, right? Well, that’s just what the Oakland Music Festival, or OMF, turned out to be. Now in its second year, the sophomore edition of OMF was a huge improvement over the inaugural effort in just about every way: the location, centered around 21st St., was more fitting; the stage itself was more impressive, right down to the massive speakers which emanated earthquake levels of bass vibrations; the lineup had a nice mix of stylistic genres, from indie rock to hip-hop to EDM to R&B/soul to Latin music, in addition to featuring some of the tightest local DJs around. And best of all, it didn’t rain this year.

Undertaking something like OMF is an ambitious project, to say the least. The brainchild of Era/Tamarindo/Pop-Up Hood impresario Alfonso Dominguez, OMF wanted to be a must-see festival, and one which further established Oakland as a cultural destination. He mostly succeeded; although there are still a few kinks to be worked out, OMF generated enough momentum to make it an event which could conceivably be exciting and entertaining for years to come. Sponsors included local companies Oaklandish, Pandora, and Ex’pression College, which seemed sensible and quite appropriate. There were four music staging areas, all located between 21st St. and Grand Ave., as well as an offsite venue, the Legionnaire, which hosted a hip-hop showcase. And OMF even had its own downloadable app . 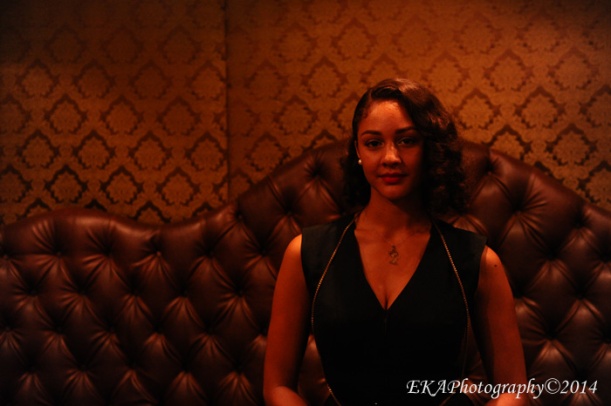 Mara Hruby, right before her set

It took a little while for the crowd to arrive, which meant that the early performances on the main “Town Stage” were rather lightly-attended. That didn’t faze indie rockers Part Time, who delivered a jaunty set highlighted by a cover of the Pretenders’ “Back on the Chain Gang,” or veteran power-pop act the Lovemakers, who mixed 80s New Wave influences with sexual exhibitionist tendencies – which makes them a fun band to see live. DJs Fuze and D-Sharp both rocked their sets, and by the time Jesse Boykins III took the stage, the crowd was fairly thick, and growing by the minute. Boykins won the crowd over with his alternative R&B stylings, five-octave range, and infectious smile, while up-and-coming female vocalist SZA showed why she’s an artist to watch. By the time headliner Dom Kennedy closed out the main stage performances, the crowd was at elbow room capacity. Unfortunately, Oakulture had to leave before Kennedy’s performance, but the word of mouth is that he rocked it.

Things were a bit more chaotic at the “Hella Tight” stage, inside Era. The schedule was pushed back by almost two hours at one point, which led to some confusion, especially for people who were trying to move between the festival’s multiple stages to catch specific artists. And though Era is a beautiful space and one of Oakland’s most aesthetically-pleasing nightclub venues, it felt straight-up weird to be inside a dark room during daylight hours (ditto with the “High Sidin’” stage, located inside Club 21). Besides being dimly-lit, the stage at Era is super tiny, and with the venue at capacity, it was a bit difficult to see the live acts playing on it. Highlights included the sets by Latin fusionistas Namorados de Lua, future-soul diva Zakiya Harris and Elephantine, and retro-soulstress Mara Hruby.

Which brings us to the main criticism of OMF: to Oakulture, it made very little sense to have non-local groups featured at prime time on the main stage, while some of the most talented local artists were shoehorned into a stage the size of a small closet. Simply put, a music festival based around branding Oakland as a destination doesn’t really need to have any out-of-town artists, does it?

Another thing which didn’t completely work out was the hip-hop showcase at Legionnaire Saloon. Though the idea of having a free event complementing a paid ticketed festival is a good one in theory, in practice it meant that some of the most-deserving local talent—the bill included female emcees par excellence Dom Jones and Ryan Nicole (performing with Nu Dekades) —was ghettoized and segregated from the majority of attendees. It’s just not realistic to expect folks to go back and forth from the central  festival grounds to an offsite location, especially since doing so means wading through dense crowds and crossing a major intersection. And Oakland’s hip-hop scene is one of the most-celebrated in the nation, so why not make it a bigger part of the proceedings? 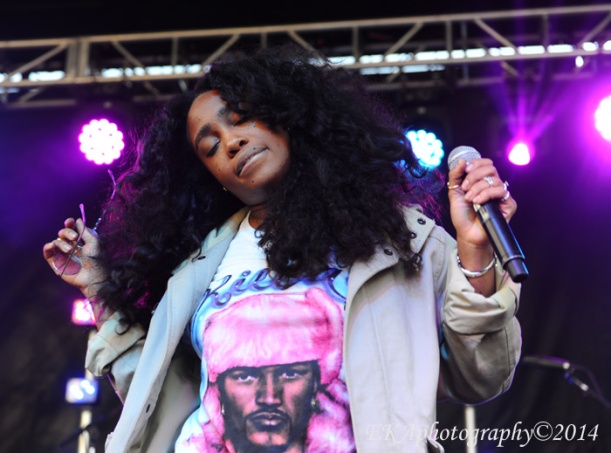 Overall, though, those gripes were relatively minor ones in the larger scheme of things. There were plenty of things to like, maybe even love, about OMF: the smoking patio balcony at Club 21, for example, was a people-watchers’ dream. And the close proximity of so many eateries—some even located inside the staging area—meant there were numerous and serendipitous food options.  All in all, OMF may need a little further refinement in key areas, but this year’s festival has to be considered a success. There’s definitely room to improve and make the experience even better, yet for a festival in only its second year, OMF appears to be well on its way to becoming a much-anticipated annual event.